Interview: Neva Garrett — Read All About It!

Speakeysie Contributing Writer, Deborah Marciniak, had the privilege of interviewing Neva Garrett, Executive Director of MelloDrama Productions and Director of the upcoming non-profit musical theatre event Newsies the Musical!, to be performed at Lumpkin County High School, Friday, July 20th to Sunday, July 22nd.
“Let’s do a show!” That was Neva Garrett’s first instinct in college when asked to oversee a Freshman fundraiser…and that instinct has paid off. She has been doing shows ever since. In the past 20 years, she has directed more than 100 community theatre shows. She is one of the few Directors who has taken on the challenge of working with children, teens, adults and older adults…sometimes all in one production. “I have literally directed cast members from age 6 months to well into their 80s (and maybe even older…at times I didn’t think it polite to ask!),” says Neva. One example is “Oliver”, for which Mellodrama Productions received 13 Metro Atlanta Theater (MAT) Award nominations, and two wins. The youngest performer for Neva’s “Oliver” production was 5 years old, and the oldest cast member was over 70.
According to Neva, the greatest reward in working with children is “seeing them find themselves.” She continues to explain: “Many times I have had a young person come into my class (or audition) and make some comment like, ‘I’m just trying this out,’

‘My friend says it’s fun,’ or my personal favorite, ‘My mom says I have to do something extracurricular…so I’m trying this because it sounds easy.’ Usually, after doing 2 or 3 shows with me (and sometimes after just one!) they are totally hooked. I have seen children who thought they were awkward learn that they are actually very skilled entertainers. I have seen theater change children’s lives. They find their happyplace. On a comical note: I have had parents bring me their child and say, ‘Can you help bring him out of his shell?’ Only to come back later and say, ‘So, we have created a theater monster…can you perhaps stuff him back into his shell just a LITTLE bit?!’ My answer: ‘No, you have been sucked into the vortex. There is no escape. Ever.’ “
And for audience members who have been entertained by MelloDrama’s productions, they have been “sucked into the vortex” of top quality community theatre. Neva’s repertoire includes Sound of Music, Tarzan, My Son Pinocchio, Footloose, Fame Jr., Fiddler on the Roof Jr, Shrek Jr. and her current production of Newsie the Musical (full adult version). Neva responded to questions about this exciting production.
A few folks from the Cast of Newsies- Fiona Hare, Jonathan Whitmire, Jordan Garrett, and Dante Bulos

Q – Tell me about “Newsies”, the level of talent, the age range of the cast.

My Newsies cast is truly amazing! The level of talent rivals any “professional” show out there, in my opinion! The vocals are strong, and the choreography design is on a high skill level. Our variety ranges from adorable young children to big, scary adults. I LOVE variety in casting…the more diversity I can cast, the more my show looks like real life!

Q – Are you the first non-profit community theatre company to do “Newsies” in the Northern GA area? How did you land it?

It is my understanding that we are the first. I am aware of a few community theaters that have announced the show for their next season…and one professional theater near Atlanta that is doing the show currently. As far as landing the license: I was in the process of licensing another script when Newsies was released. The other licensor was being very slow to approve my application. I honestly didn’t think I would get Newsies, but I applied anyway. I kept it a secret because I didn’t want to “cry wolf” and I knew that hearts would be broken if I was not able to get it. To my super happy surprise, I was offered a contract in less than a week! YAY!
Q – What can the audience expect from this production? What’s unique? What’s fresh?The audience can expect a top quality community theater production. They can expect to fall in love with the characters they already know from both the movie and the Broadway productions. If viewers have only seen the movie, they will be surprised to find a new love-interest character (Katherine Plummer) as well as a different characterization for Spot Conlon.

Q – What is the show-stopping number?

There are several. My personal favorite is King of New York because it includes tap, spoons, and even broom dancers!
Q – What has been a challenge?Cast availability in the summer. There are certain cast members that have been “worth the wait” even though they have had other commitments. Some have been in shows in NYC; some have had study abroad, etc. Getting the entire cast together has been our biggest challenge. The way I have troubleshot that challenge is to have two professional understudies (I call them professional even though they are not getting paid because the level of their skill deserves the title!)…a male and a female understudy who have basically learned every role and can pop in for anyone who’s missing.
Q – What is the message you hope to give the audience?Any time I am doing a show based on a real historical event, I hope to educate as well as entertain. These kids (the Newsboys in the late 1800s) actually lived this reality. Whereas some of the script is stylized (or Disney-fied as it were) the basic integrity of the history is preserved. Pulitzer really did raise prices on the Newsboys. The children really did organize themselves into a union and go on strike. They were helped by children, of the wealthier families, who did not think that the child laborers were being treated fairly. The compromise in the show is indeed the compromise made between the Newsboy union and Pulitzer.

Q – What is an inspiring quote you would like to share? Any advice to rising theatre stars?

I would say that my favorite quote from the show is, “Being boss doesn’t mean you have all the answers…just the brains to recognize the right one when you hear it.” Katherine says this to Jack when she is first introducing him to the idea of The Children’s Crusade. Then Jack repeats it to Pulitzer when they are negotiating the compromise. My advice to rising stars would be to do every show you can…in any capacity that you can. I often say that the lead is no more important than the person playing tree-number-three. If I see a resume and the person has only had leads…all that tells me is that they probably auditioned a lot and declined the roles they did not like. If I see a resume with a variety of leads, chorus roles, and tech positions, I know that the actor is in it for the SHOW…for the love of the craft….rather than thinking it’s “all about them.”
Newsies the Musical! by MelloDrama Productions will be performed at the Lumpkin County High School Friday, July 20th at 8pm, Saturday, July 21st at 8pm and Sunday, July 22nd at 3pm. Tickets are only $10. Go to www.eventbrite.com 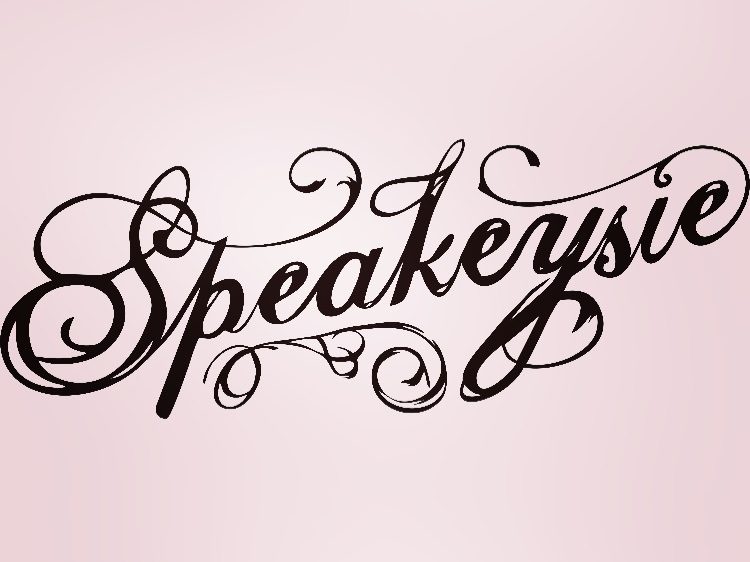 Like what you read? Speakeysie is working toward gaining non-profit status so we can continue to bring you all the best in entertainment as well as give back to the arts. Please consider making a donation. Thanks for your support and peace be with you!!