ATLANTA – The Atlanta Opera and Kenny Leon’s True Colors Theatre Company present the Concert for Unity, a celebration of Atlanta’s diversity through music, on May 8 and 9.

The May 8th performance will be held at The Atlanta Opera’s Big Tent on the grounds of the Cobb Energy Performing Arts Center. Tickets start at $37.25 and are available in both in two-person pairs and the popular 4-person “pods.” To purchase tickets, visit atlantaopera.org or call 404-881-8885.

The May 9th performance is a special outdoors Mother’s Day concert on the grounds of the Southwest Arts Center, presented by the City of South Fulton Parks, Recreation and Cultural Affairs. For free tickets and seating information, visit truecolorstheatre.org.

In addition to the concerts, the weekend will include “Black Voices in Classical Music: A Conversation About Access,” a virtual panel discussion on Thursday, May 6th, as part of True Colors’ Community Conversations series. The panel, led by noted historian and scholar Dr. Maurice Wheeler and featuring Morris Robinson, will discuss the challenges of access for emerging Black opera singers. For free tickets, please visit truecolorstheatre.org.

“We are honored to have so many internationally acclaimed Black opera voices here in Atlanta and in our Company Players, and we celebrate those artists,” said Tomer Zvulun, Carl W. Knobloch Jr. General and Artistic Director for The Atlanta Opera. “Plus, we are delighted to work with True Colors Theatre Company on this concert and hope it’s the beginning of a beautiful partnership,”

“Every day, we work to celebrate the rich traditions of Black storytelling, while giving voice to bold artists from all cultures,” said Brandall C. Jones, Connectivity Director for True Colors Theatre Company. “The threads that run through traditional music also run through classical music. We’re excited to create programs with The Atlanta Opera that tie those threads together with bold voices.”

Concert for Unity is one of three new concerts featuring The Atlanta Opera Company Players ensemble of international opera stars. The others are Crossroads: The Sequel, an exploration of the country, bluegrass and blues that underpin American popular music on April 17 and Imagine Broadway, offering some of the best loved songs from the Great White Way on May 1.

Robinson, whose bass is “so deep and assured it’s as if a vibration goes through the audience every time he opens his mouth” (Globe and Mail, Canada), has sung on stages around the world, including La Scala and Metropolitan Opera. He is best known to Atlanta audiences for his 2020 turn as Porgy in Porgy & Bess and as the assassin Sparafucile in 2015’s Rigoletto.

He will be joined by Jasmine Habersham, Ronnita Miller and Joshua Conyers to round out the cast, along with pianist Damien Sneed. Miller, a mezzo-soprano who makes her The Atlanta Opera debut in The Threepenny Opera, is best remembered for her Metropolitan Opera performances in 2011’s Siegfried and Götterdämmerrung. Habersham, known to Atlanta audiences from The Pirates of Penzance and Out of Darkness: Two Remain is frequently credited for her “magnificent” and “dynamic” performances. Conyers, who boasts “a deliciously honeyed baritone that would seduce anyone” (Opera News), also makes his Atlanta Opera debut in The Threepenny Opera.

Social distancing, masks, temperature checks and other health and safety protocols are in effect at both venues.

About The Atlanta Opera

The Atlanta Opera’s mission is to build the major international opera company Atlanta deserves, with a vision to reimagine opera.

Founded in 1979, The Opera works with world-renowned singers, conductors, directors, and designers who seek to enhance the art form.

Under the leadership of internationally recognized stage director and Carl W. Knobloch, Jr. General & Artistic Director Tomer Zvulun, The Atlanta Opera expanded from three to four mainstage productions at Cobb Energy Performing Arts Centre and launched the acclaimed Discoveries series. In recent years, the company was recognized by The Atlanta Journal-Constitution as part of its “Best of 2015” awards; it was nominated for an International Opera Award in 2016; and it won ArtsATL’s 2019 Luminary Award for Community Engagement, recognizing its successful Veterans Program in partnership with The Home Depot Foundation.

In addition, The Opera was featured in a 2018 Harvard Business School case study about successful organizational growth, and Zvulun presented a TEDx Talk at Emory University entitled “The Ambidextrous Opera Company, or Opera in the Age of iPhones.”

True Colors Theatre Company is a nonprofit regional theater company based in Atlanta, GA. True Colors Theatre Company’s mission is to celebrate the rich traditions of Black storytelling while giving voice to bold artists from all cultures. The Company adds dimension and relevance to its work on the stage through active community events and 3rd-12th grade education programming. The vision of Artistic Director Jamil Jude is for the company to “thrive at the intersection of artistic excellence and civic engagement.” 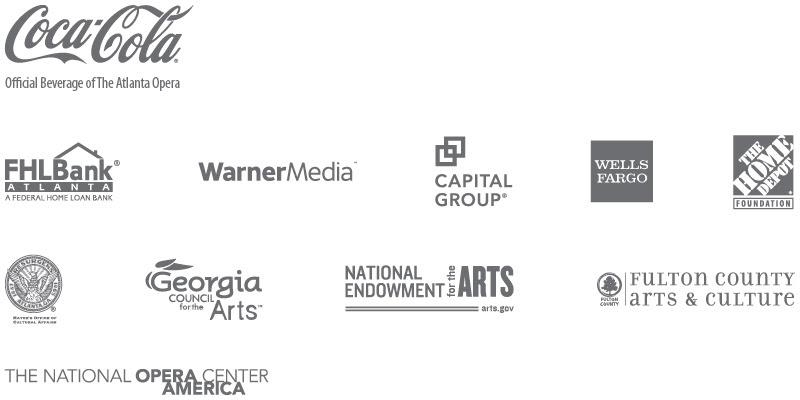